Next to the New York Fashion Week, the annual Met Gala held at the Metropolitan Museum of Art’s Costume Institute made it possible for the biggest fashion icons, designers and stylists to come together and flash some of the latest designer evening gowns that would surely be a source of inspiration in the industry. Here are some of the dressed models at the Met Gala 2014 designer clothes: 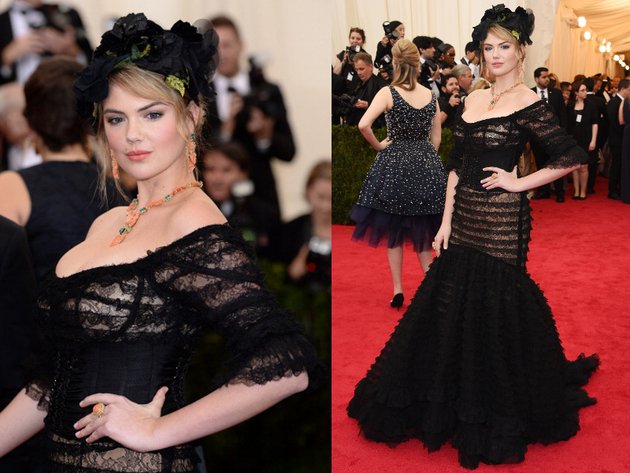 The Other Woman actress and the Sports Illustrated model Kate Upton went for a Dolce & Gabbana number for the Met Ball. The black tiered gown that has sheer panels comes with a stunning corset and a train hugged her voluptuous curves. She completed her looks with her black hairpiece with flower detailing, emphasizing her soft locks. 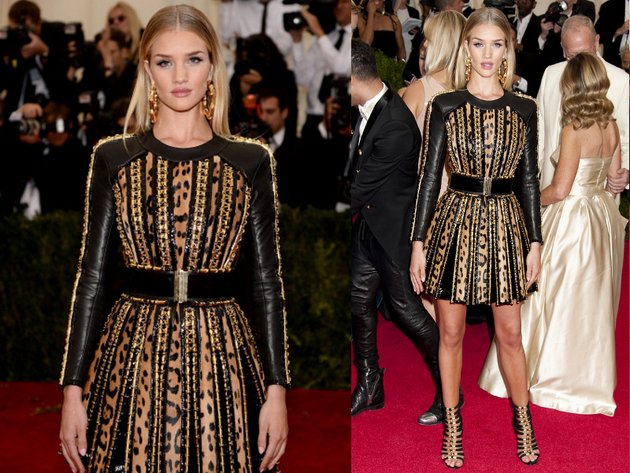 The VS Angel surely knows how to stand out among the many stunning dresses in the event. She had rocked a wow factor in a Balmain Fall 2014 dress. Her black leather dress has leopard print and gold chain panels, complementing her daring gladiator sandals, simple makeup and hoop earrings. 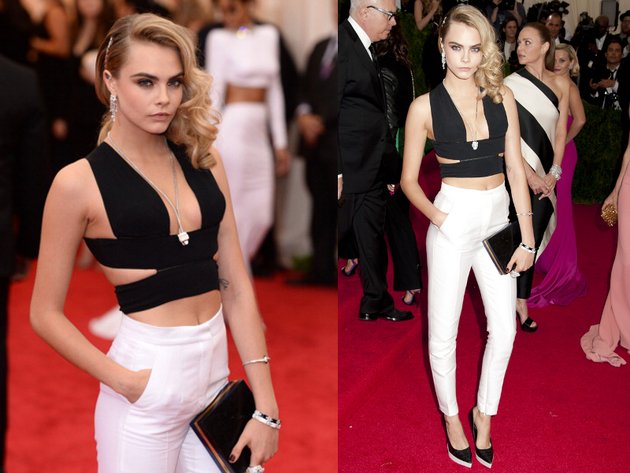 Another model who break the long dresses for women trends for the MET Gala is the fierce Cara Delevigne. She went for Stella McCartney separates for the MET Gala. Her daring black top with cut outs is smashing especially that she paired it with her white pants and black pumps.  She used Cartier jewelry and   seductive glamorous curls to bring the look together. 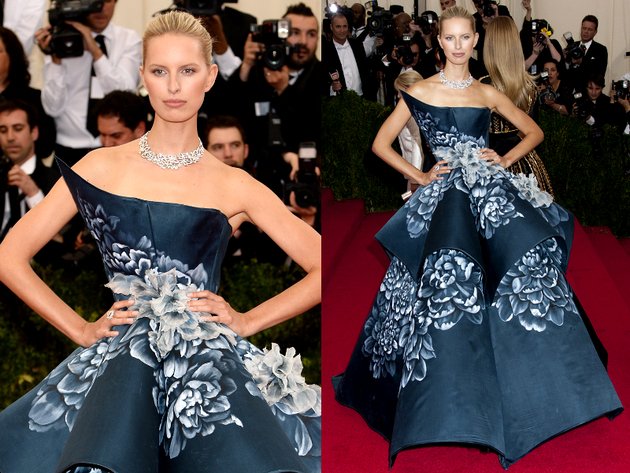 With the theme “Charles James: Beyond Fashion”, Karolina is one of the best dressed  in her Marchesa Spring 2011 gown that comes with a dramatic floral print in teal.  She was indeed a head turner with her glamorous look. 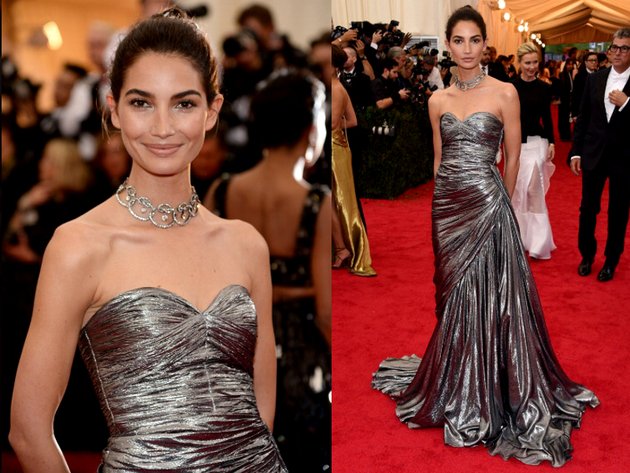 The stunning American model had Michael Kors for her MET Appearance. She had a shimmering silver number paired with an intricate necklace and effortless updo, making her one of the best dressed during the ball. 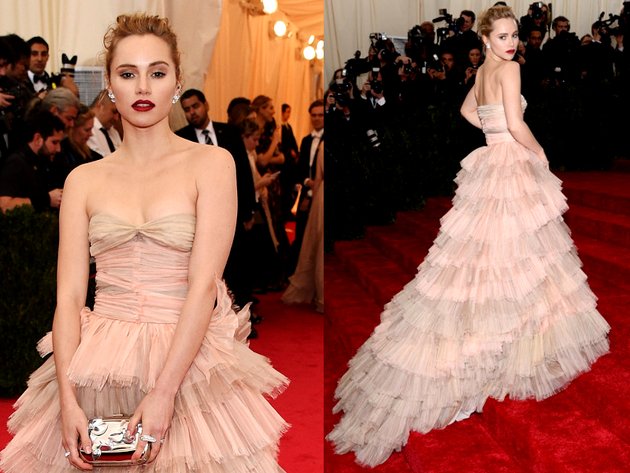 Suki has one of the unique dresses in the MET Ball rocking the red carpet in an impressive Burberry gown. The gown was a strapless and tiered pink dress  and was complemented with a bold, darker lip. Suki finished her look with diamond earrings and a cute updo. 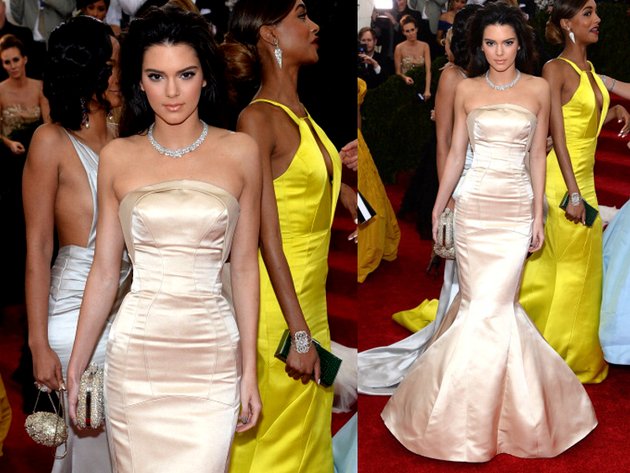 The reality starlet made sure to turn heads with her Topshop dress. Kendall Jenner look uncomfortable with her selection but still managed to look gorgeous in her pink gown paired with Chopard diamond chocker necklace. She pulled back her tresses for a great red carpet hairstyle. 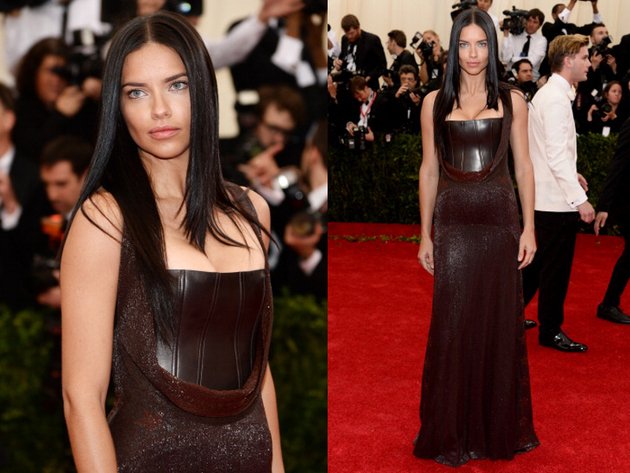 Another head turner is the beautiful VS Angel who had one of her first public appearances after her breakup with her husband. She had a Givenchy dress in chocolate brown gown featuring a leather corset. She simply looked elegant with her straight dark hair with a center part. 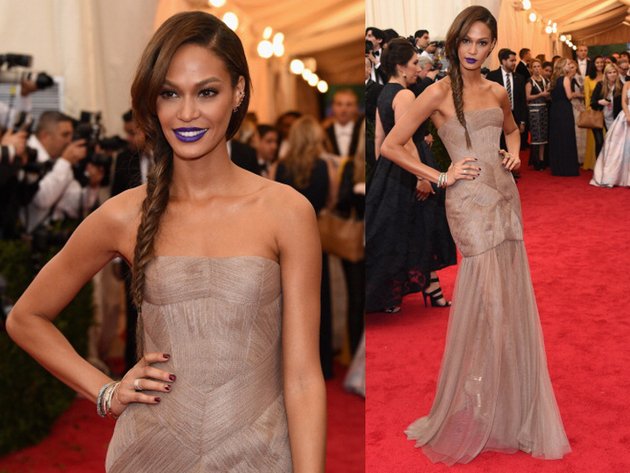 Accompanied by the designer Vera Wang who designed her dress, Joan Smalls sported a stunning creation in deep nude, making her one of the best dressed models at the Met Gala 2014. She paired her strapless silk tulle dress that features a sheer skirt with a center slit with a very dark plum lip and a fishtail braid. 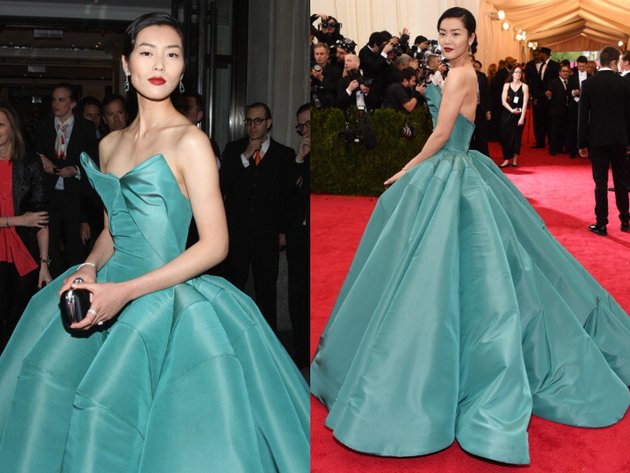 Liu Wen was more literal in interpreting the Gala’s theme in her Zac Posen strapless gown. She transcended one of the most iconic designs of “America’s first couturier in her sea-foam green dress inspired from the a few lines from Charles James’ Four Leaf Clover gown, making her one of the models with unique dresses.