Has Beyonce Removed Her Wedding Tattoo?

After the much talked about Solange’s attack on Jay-Z, Mrs. Carter AKA Beyonce has sparked marriage problems as she was spotted without her symbolic tattoo located in her ring finger. 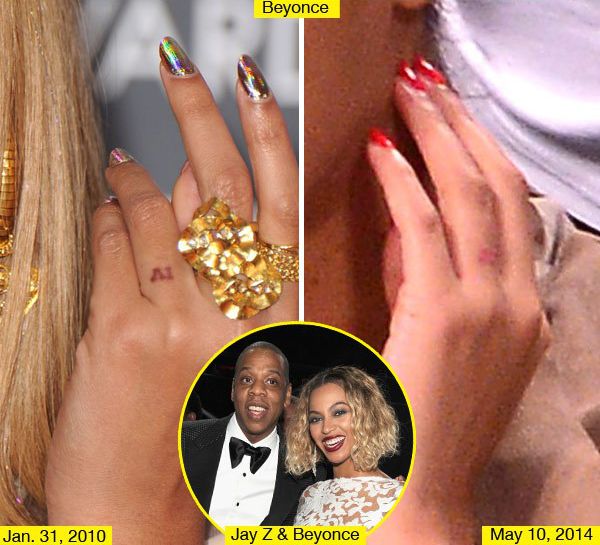 Solange’s vicious attack to brother-in-law Jay-Z has been caught by the surveillance camera in the Standard Hotel after the MET Gala. A source shared that the reason of the tiff is that Jay-Z plans to attend a Post MET Bash hosted by Rihanna without her wife Beyonce. This said to have cause the ire of Solange who attacked Jay-Z in the elevator. Beyonce was in the same elevator who looked sanguine in the entire scene. Interestingly, the sisters went on the same car while Jay-Z rode for another.

While the couple tries to cover the said scandal by appearing together in public on Saturday to watch the Brooklyn Nets playoff game, it can be noticed that Beyonce wasn’t wearing her engangement ring. Her IV tattoo symbol is gone and was replaced by red mark. 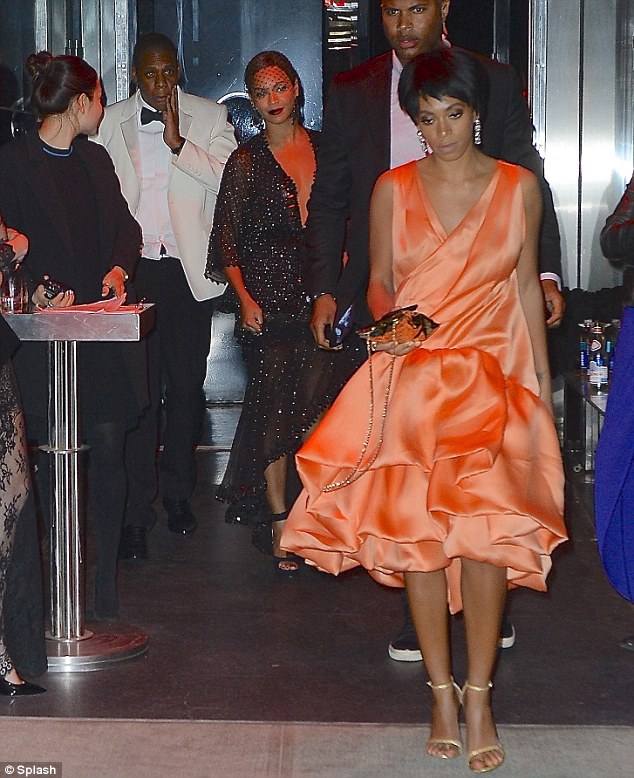 The symbol IV was symbolic to Beyonce as she had it inked in 2008. IV is a symbol of her birthday (Sept. 4) and Jay-Z (Dec.4), their wedding (April 4). IV also symbolizes their daughter’s middle name IV which is read as Ivy. Besides that, Beyonce wedding ring tattoo was nowhere to be seen as it was topped with a plaster. Beyonce shared her recent photos on Tumbler without any rings. It was still unclear if Bey did really have her tattoo lasered or is it because of the . Jay-Z has a matching tattoo like Beyonce and it wasn’t certain whether Jay-Z had his tattoo removed too. 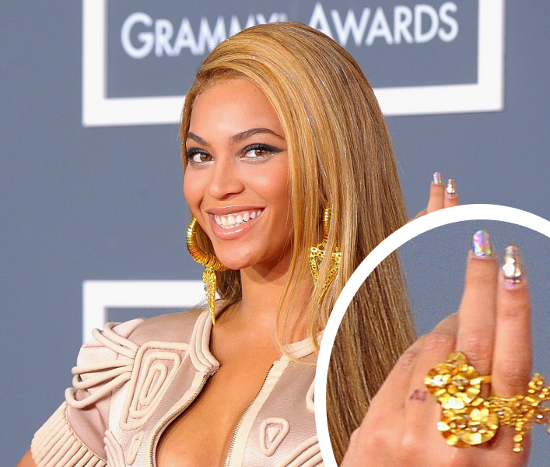 There are many speculations after Beyonce’s tattoo was noticeably faded. Beyonce has been married to Jay-Z for 12 years now. It was said that while Beyonce is portraying an independent and fierce woman, in real life, she is just wallflower to Jay-Z. She is said to be very submissive to her husband. 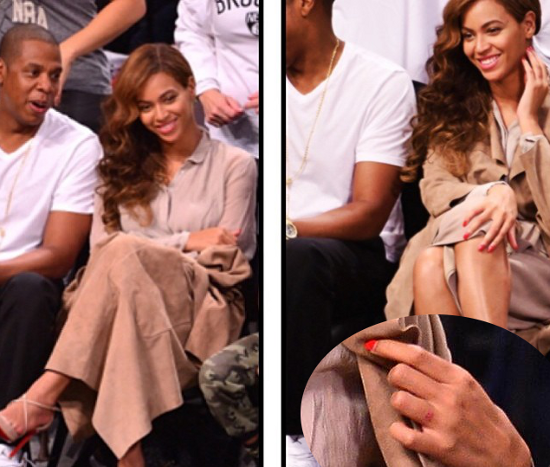 Meanwhile, a formal statement has been released to finally put rumors about the attack incident to an end. The Trio had a joint statement for Associated Press released on Thursday, claiming that the differences have been ironed out. Accordingly, Jay and Solange has forgiven each other and they are family at the end of the day.  Although the reasons of the scuffle wasn’t tackled, the statement dismissed the rumor’s that Solange has been intoxicated. 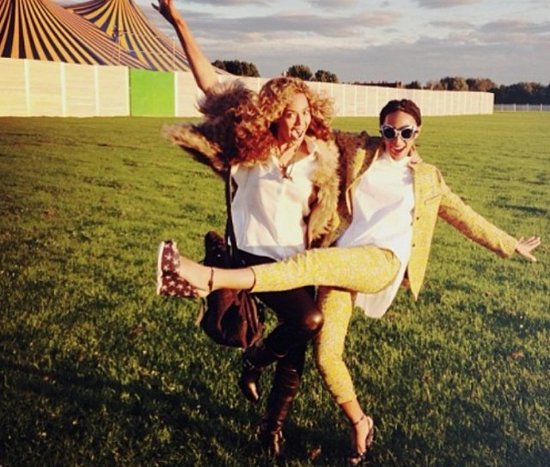 Meanwhile, people still believe that Rihanna’s After MET bash has something to do with the couple’s shaky marriage. However, Beyonce shared a picture of her and RiRi, making things more complicated. It even raised more questions than answers, making fans wonder how serious is the mess that Jay-Z did in their marriage. Besides, the elevator incident showed Beyonce looking content as they went out of the elevator. There were even rumors that Bey and Jay-Z had a fake marriage where they plan to break off after the tour is done. What do you think, Are the couple really heading for a divorce?