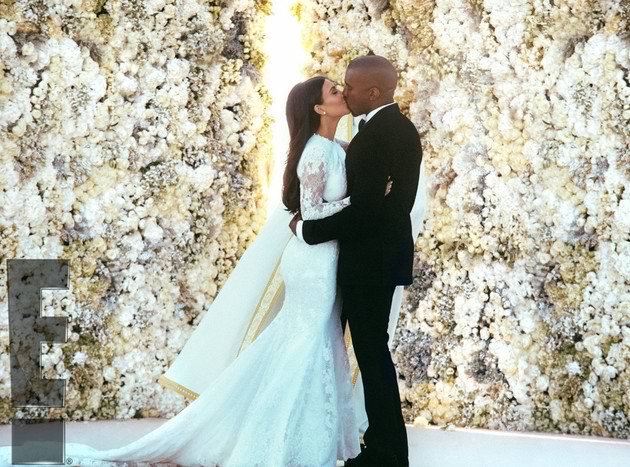 As expected, the 33 year old mother was stunning in her custom-made Givenchy wedding dress designed with the assistance of Riccardo Tisci. Her baby North also wore a Riccardo Tisci Givenchy dress. Meanwhile, Yeezus looked dapper in a Givenchy Tuxedo. Rumors have it that Kim is expected to wear Vera Wang gown after fitting two to three dress in Kris Humphries wedding. However, the reality star settled to Givenchy. Kim was satisfied with the au natural look, flawless makeup and simple hairstyle. It was estimated that Kimmie’s gown cost up to half a million with the total wedding cost was approximately $15 million. 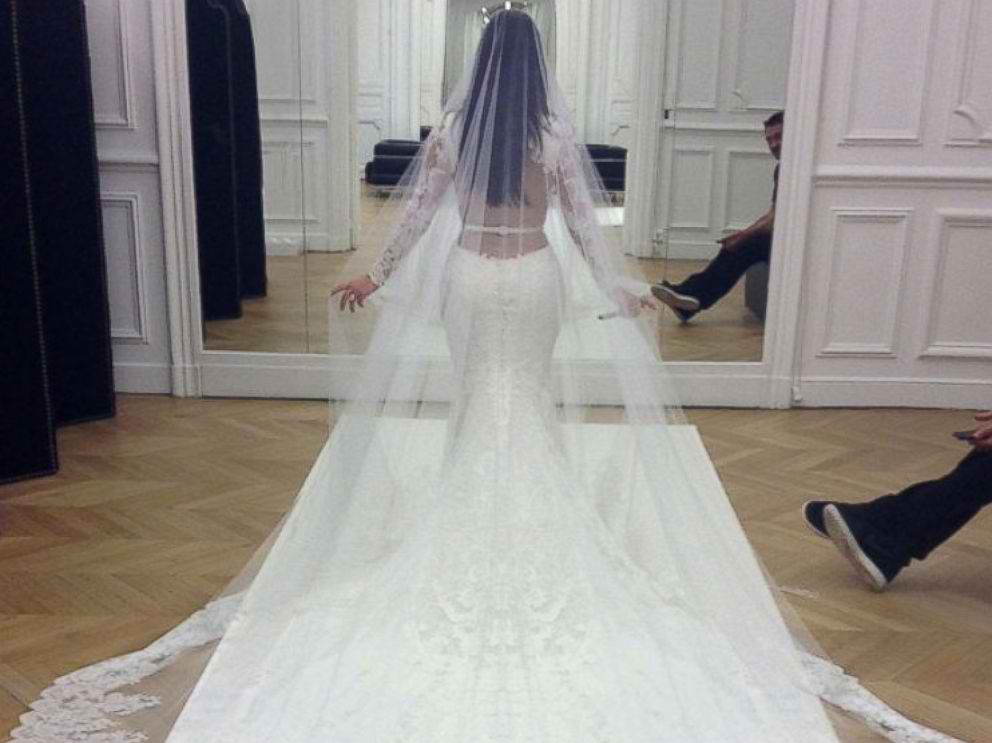 On the other hand, bridesmaids also shared the spotlight with the bride. Kim broke the tradition and let bridesmaids dresses have the same color as her gown. Her sisters Kourtney, Khloe, Kendall and Kylie were all dressed in white too. 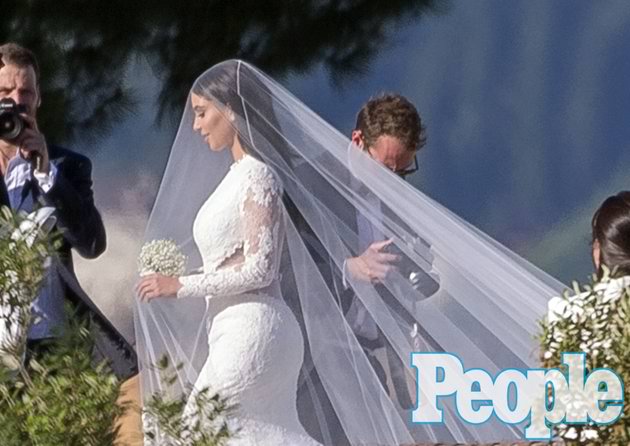 The glowing bride walked the aisle with her stepdad, Bruce Jenner. While the event was attended by an estimated of 600 guests, it was noted that there are some personages whose presence was missed. Beyonce and Jay-Z, the couple’s close friends weren’t on the wedding so with Rob Kardashian and Kim’s step brother Brody Jenner. Rob interestingly flew away the morning of the wedding. On the other hand, Beyonce and Jay-Z spent the memorial weekend on Hamptons instead. Vogue Editor in Chief, Anna Wintour was absent too. 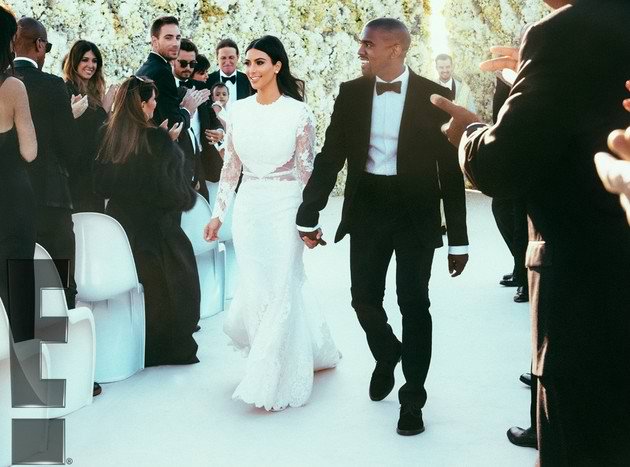 After the couple exchanged Lorraine Schwartz wedding rings, the reception then followed. Kim then changed her gown for an embellished Balmain ivory dress. The couple’s official first dance was a mashup of “At Last,” followed by “These Arms of Mine,” Tenderness,” with a surprising rap from the groom. John Legend also performed the romantic “All of Me.” The wedding was also serenaded by no other than Andrea Bocelli with the Con te Partiro. 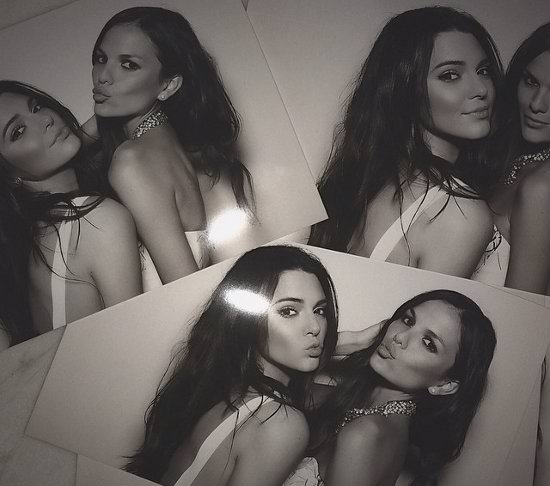 As for Kris Jenner who carried baby North, she was ecstatic with the fact that Kanye is officially part of the family. She said she is “Beyond bursting with happiness for Kim, Kanye and baby North…I feel blessed to have my new son and his family as part of ours.”

Although cameras and cellphones were not allowed in the ceremony, the couple set up a photo booth were guests can goof around. They allowed friends and family to share snapshots online. 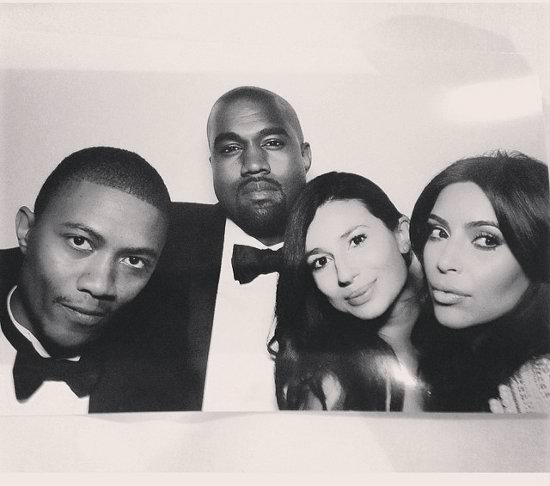 The ceremony was officiated with Pastor Rich Wilkerson Jr., from North Miami, with Sharon Sacks, the celebrated wedding planner took the entire preparation on her hands. 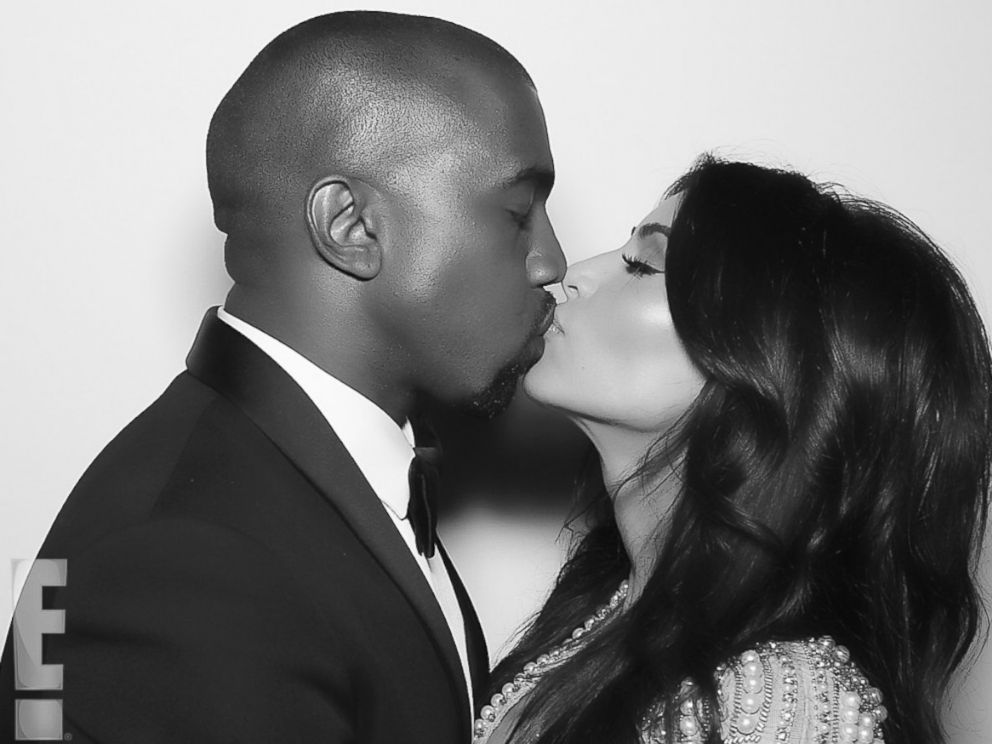 As for the couple’s honeymoon, reports say that the newlyweds would stay in Cork, Ireland for four to five days. 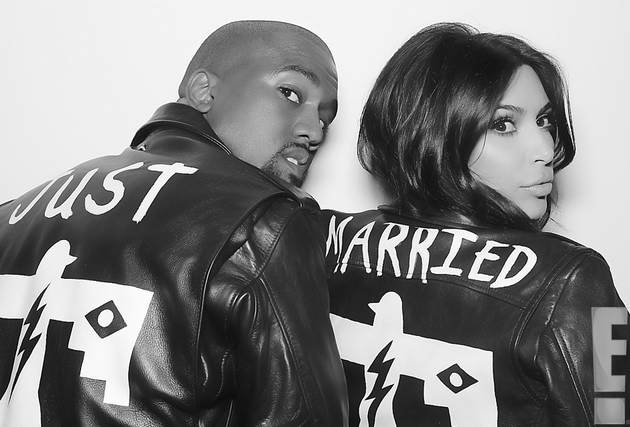 Kanye was said to have given a speech saying how proud he is to be a Kardashian. “It’s amazing to look around this room. There are so many talented people. F*** y’all, I’m a Kardashian!” the rapper said. The wedding will not be aired in the Keeping Up with the Kardashians TV show.